Happy Halloween, everybody! The above pic is from a few years ago. The kids are going as Cinderella and Hermione Granger this year. I’ll wear the same cheap Captain Kirk jersey I’ve had for some 20 years, although I forgot to grow my sideburns out this year to shave them into the Star Trek point. When I was a kid, we lived down a dirt road out in the woods of West Tisbury—no foot traffic there. So to trick or treat we drove into Vineyard Haven where I have fond memories of co
64 views0 comments

Star Trek: The Next Generation is rolling into season three in the nightly airing on the H&I cable channel, part of their Star Trek block—although annoyingly the classic Trek was just moved to 1AM, with Walker, Texas Ranger (why?!?) slotted at 8pm. Unlike the Original Series, which went downhill in its third season due to a bad time slot, hack showrunner and budget cuts, Star Trek: The Next Generation triumphantly found its path in season three. If not for this turnaround, th
110 views0 comments 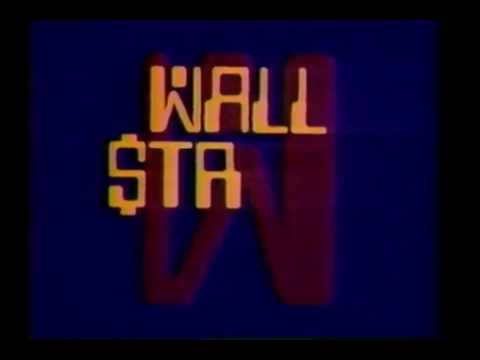 Today is Friday, which reminded me of one of my favorite obscure TV themes—which I’m not sure we’ve ever talked about on the FSM board. Growing up, my dad never watched television—except for one show: Washington Week in Review on PBS, which aired Friday night at 8pm from channel 2 in Boston. All I remember from that show are the talking heads. But right after it, at 8:30pm, was Wall $treet Week. Neither my dad nor I had—or have—any interest in stocks (except as a long-term in
62 views0 comments

Here is the tape box to part one of Elmer Bernstein’s masters to his glorious symphonic score to Heavy Metal (1981). This was one of my favorite CDs we ever did. And...it’s long sold out. If you go to the FSM CD page, it indicates you can still buy it. That’s a mistake which we’ll correct ASAP (I don’t know where the problem is). I checked eBay and Amazon and they are used copies selling for $50 or $100+ which deeply frustrates me. I always wanted this music to be available a
94 views0 comments

Yesterday I took potshots at the late Michael Wayne, who I thought deserved it. It made me think of some of the other folks who have passed, who for one reason or another crossed paths with us at Film Score Monthly. For some reason I thought of Phillip Lambro (1935–2015). He reached out to us in 2004 looking for...I’m not exactly sure. He had a handful of film credits from the 1970s, the most famous being one that didn’t work out: he wrote the score to Chinatown (1974) that w
325 views0 comments

The Biggest Jerk in 15 Years of FSM CDs

I have a rule that I don’t use this blog to go after people I don’t like—especially if they have passed and are no longer around to defend themselves. However, I am going to break that rule today to talk about somebody I couldn’t stand. Because frankly, he deserves it—and he earned it. Above is the original packaging we intended for our CD of The Green Berets, Miklós Rózsa’s robustly old-fashioned war score to the idiotic and racist John Wayne Vietnam War movie—the one costar
449 views4 comments

This is page one of the “Film Tech Logs,” as we called them, for the masters for Miklós Rózsa’s score to the 1954 Grace Kelly film, Green Fire, which we released on a CD along with a strange, atypical Rózsa score (it’s mostly source music), Bhowani Junction. In the mid-1990s, Turner Entertainment, which owned the M-G-M film library up through 1986, transferred most of the available music scoring masters from their original three-track 35mm magnetic film recordings (and, somet
52 views0 comments

I’ve enjoyed blogging about screenwriting, but it’s occurring to me why I’ll never be a popular blogger (not that I particularly want to be). The first reason is that I’m not about encouragement. So much of what I see on reddit (above) and Twitter is about, “Keep going, don’t give up.” When, in truth, most people won’t make it and probably shouldn’t try. So I’m not about to use encouragement as a way to bring in readers and help them feel good. All I can do is explain the tru
69 views0 comments

I Am a Red Sox Fan

I am a lifelong Sox fan, but don’t hate me, I am from New England. I more than did my time watching them lose—especially as a little kid (1986 was agony)—so I could rejoice when they won. Our region has had so many championships this century—12 (6 Patriots, 4 Red Sox, 1 Celtics and 1 Bruins)—that when the Sox lose now, as they did last night (getting eliminated by the Astros), it’s like, eh, whatever. In truth, they did way better this year than anybody expected. For a while
32 views1 comment

I’ll Watch Dune on My Phone

I wish I could go back in time and tell my younger, film score collecting self that one day I’d be arguing with Hans Zimmer personally on some evil thing called “Facebook.” Hans had posted memes about only watching Dune in a theater. Well, sorry, we have little unvaccinated kids at home (hopefully that will change in the next few weeks) and I’m not spending three hours in a theater potentially catching COVID. (I am, of course, vaccinated, but you never know.) I also hate mask
116 views2 comments

I have spent some time on “Screenwriting Twitter” following aspiring/emerging screenwriters and sometimes engaging in their conversations. Usually those discussions are business related: How do I get a manager or a producer? How do I promote myself? Which contest do I enter? What can I do with the placement? Shop talk, not writing talk. For what it’s worth—I’m one of you! For the past two years, I’ve had a portfolio of scripts that consistently get 6s and 7s at the Black List
485 views2 comments 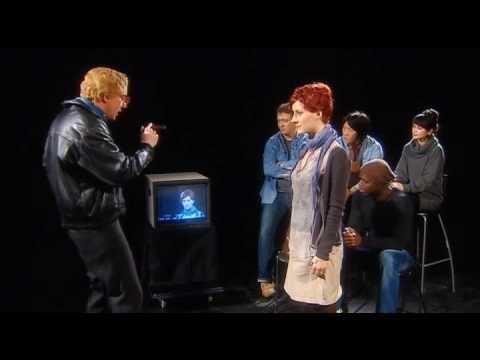 This spoof by Peter Serafinowicz came up in my Facebook feed from friends and I admit I watched 30 seconds before I realized, hey, that’s not actually Michael Caine. There’s a whole series of these, with Serafinowicz as Kevin Spacey, Al Pacino, Marlon Brando (portrayed as a Jabba the Hutt creature) and Robert DeNiro. Bravo!
59 views0 comments

When we started the FSM record label, we did our own fulfillment. This lasted until the fall of 2004 when I reached total burn out: if somebody’s booklet has a crease in Belgium, they email you (or sometimes even call) in the middle of the night and it’s a constant game of whack-a-mole with all of these problems...declined credit cards, address updates, people amending their orders on the phone...I don’t want to belittle people with legitimate P.T.S.D., but that was the joke
179 views0 comments

I am halfway through watching “Squid Game” and this show is the real deal. I wish it hadn’t taken me two episodes to figure out I needed to turn on the English subtitles and not the English close-captioning (which is just the translated English dubbing, complete with sound effects and music noted for the hearing impaired). I always prefer to watch the subtitled rather than dubbed versions. I love the insane a cappella piece which is called “Pink Soldiers” on the soundtrack al
59 views0 comments

Elliot Goldenthal at 1AM

On December 1, 1993, I did a phone interview with Elliot Goldenthal, who I was excited to talk to because of his scores to Alien3 and Demolition Man. He was the “exciting new kid” (even though he was hardly a kid) and I fell into that geek trap of wanting to have the newest, bestest thing: a scoop with the exciting new film scoring voice! (I was 19.) I know it was December 1st because I have my notebook from that period of time—I was a sophomore at Amherst College—and it’s on
173 views0 comments

Our social media overlord, Facebook, informed me that today is Andy Dursin’s 47th birthday. Happy birthday, Android! That’s a very old and not-funny joke that started when I worked in a grocery store on Martha’s Vineyard in my late teens. We had an employee named Andy (a good dude and “Masshole,” complete with rat tail to his hair, remember those?), who got duly nicknamed “Android.” I reflexively used it with “our” Andy (whose full name is Andre) and it stuck, but only in my
217 views0 comments

If you were a sci-fi fan in the 1980s, pre-Internet, your access to the larger “worlds” behind your favorite franchises (Star Wars, Star Trek, Robotech) came from the “expanded universe” novels and comic books. Sometimes the RPGs. But there was only so much of it. So fans created their own content (a phenomena that started in the 1970s with Trek): fanzines and small-press books jam-packed with commentary, artwork and fiction. The creators sold them at conventions and through
71 views2 comments

There was something yesterday called “Screenpit” (short for “Screenpitch”) which was meant to be a free showcase for screenwriters to offer their scripts by tweeting their loglines with #Screenpit. I wrote about it a bit as it was starting. You can see the creators’ website about it. They seem to be well-intentioned folks who put in a lot of work for free to help writers. Unfortunately—and I thought this is what would happen—because there was no curation to it at all, it was
39 views0 comments

When you try to break in as a screenwriter, you quickly discover that nobody wants to read your script. You also learn that, if they do read your script, your script sucks. So it’s a multi-year process to improve your writing to the point where it’s not just professional (very hard), but worthy of being produced (almost impossible). And then you have the same problem…that nobody will read your script. There is presently, today (10/13/21), something on Twitter called #ScreenPi
69 views0 comments

I loved Marvel Comics in the 1980s. I read them religiously from 1985–1989 and they were a huge part of my life. I’ll write more about that some other time. My new blog doesn’t have any particular plan to it, but one of the inspirations is a blog I discovered around five years ago by Marvel’s editor-in-chief from the period, Jim Shooter. Shooter is a polarizing figure and even as a kid I remember reading complaints about him in fanzines, mostly from creators who were sore tha
40 views0 comments
1
2